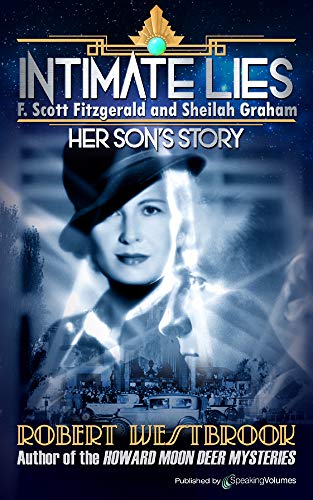 F. Scott Fitzgerald, the brilliant author of The Great Gatsby and Tender is the Night, was a man haunted by failure to live up to his own early successes. In 1937, desperate for money, nearly broken in spirit, he headed west for work as a Hollywood screenwriter and one last shot at staying sober. There, living in Hollywood’s legendary hotel, The Garden of Allah, Fitzgerald met the beautiful young gossip columnist Sheilah Graham, whose elaborate pose as a British aristocrat masked the true identity that haunted her all her life. Intimate Lies is the dramatic tale of an unusual love affair, the turbulent romance between a great author at the end of his life and a false young woman escaping her past, set against the glittering ferment of 1930s Hollywood.

“Fitzgerald possessed the trait that made him both tragic and able to soar above the paler souls around him: Boat against the current, he bore the character and dignity of someone who believed in something. In Robert Westbrook’s absorbing and skillfully written `anatomy of a love affair,’ this is what drew the lovely Sheilah Graham to the shell of a man she met at a party at Robert Bencheley’s in July 1937… To the book’s great advantage, novelist Westbrook, Graham’s son, possesses a masterful sense of narration in addition to his mother’s reams of letters and journals. In these revisionist days…Westbrook describes his mother with a refreshing candor… Touching on the tragic life of one of our greatest writers, Westbrook’s [account] is absorbing [and] trustworthy.” —The Washington Post, Bookworld

“Mr. Westbrook is a racy and readable writer… [who] has a fascinating tale to relate. Much of it was told long ago in Graham’s own memoir, the 1958 best seller `Beloved Infidel,’ but Graham had to censor herself in accordance with 50’s mores, while Mr. Westbrook works under no such constraints… Graham had a lot to put up with, and on the whole she comes across as a tremendously sympathetic character. Mr. Westbrook shows surprising balance as he manages to convey her strengths without losing his objectivity or his sense of humor about his colorful, opportunistic mother.” —The New York Times Book Review